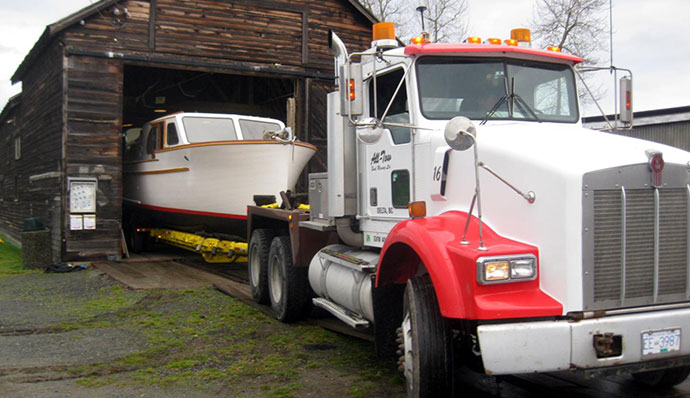 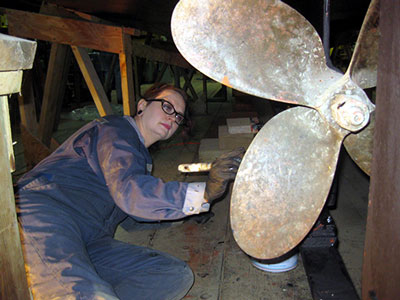 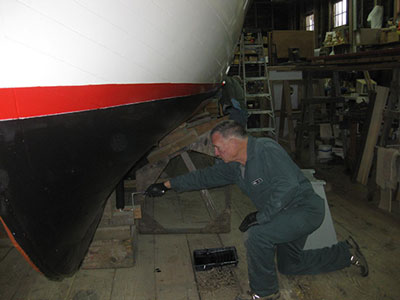 Merrilee II Launch date set for Sunday, 1 December 2013. We expect the truck to arrive at 10:30 am. By then we must have cleared the access and removal route, moved Iona to the outside of the floats and then to the Number 2 Road boat ramp. made final inspection of Merrilee II and placed aboard dock lines, life jackets and extra pumping capability as her planking will need a couple of weeks to take up following two years of dry storage. Considerable interior work remains on Merrilee and she is not yet ready for sailing. But, if we are diligent and fortune smiles on us she will be navigating on the water under her own power by spring. 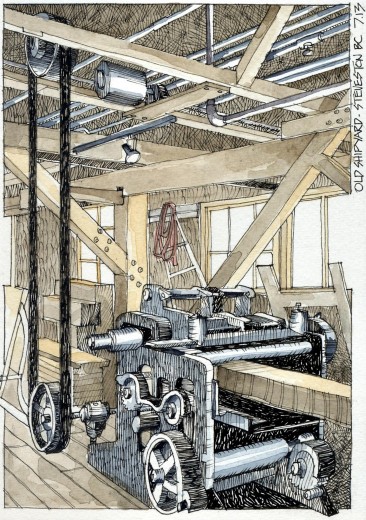 Britannia visitor and sketch artist, Jorge Royan, sent us a copy of a sketch he made this summer. His drawing depicts the old planer located in the Shipyard Building. The details of the line shaft system and flat belt drive details are clearly visible. Gracias, Jorge.

Do NOT follow this link or you will be banned from the site!